Bangladesh is a small country but is a beautiful place. There is a lot of history reserved. Also, has a lot of natural beauty. There are so many rivers in Bangladesh as like the finger of the hand. The man like adventure by born. If someone wants to get the real test of adventure, he/she can visit historical places. Now I am going to write the name of top 10 historical places in Bangladesh.
Read Also:
1. Top 11 Largest group of companies in Bangladesh
2. Top 10 Bank In Bangladesh Updated List
3. Top 10 Visiting Place in Dhaka Bangladesh Which You Should Visit 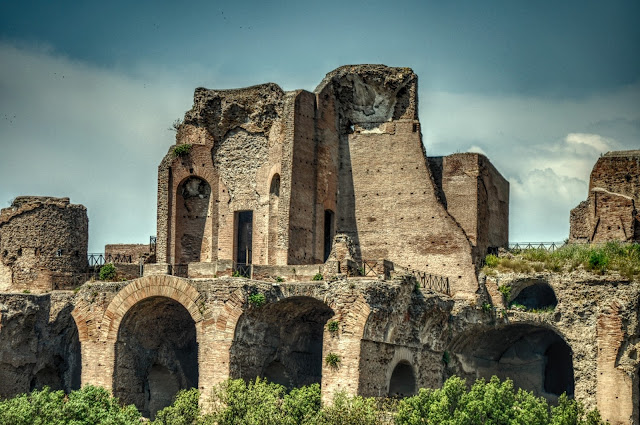 1. Panam City: this stands at Shonargaon, which was the capital of Bangladesh at the time of Esha Kha. There are two River one is Shitolokkha and other is Meghna. At that time the city was developed around the business. Cotton cloth was imported from Kolkata and muslin cloth was exported from our country. There was built 52 buildings for businessmen. The building was made of burnt soil.

2. Lalbagh kella: it is an incomplete 17th-century Mughol fort complex which is standing by Burigonga River at Dhaka, Bangladesh. The construction was started in 1678 by mughol subahder Mohammad ajom shah who was the son of empire Aurongojeb . Shayesta Kha was the new subahdar of Dhaka in that time and he did not complete the fort in 1684. His daughter Pori Bibi died there. He started to think the fort as unlucky and left the fort incomplete among the three major part of Lalbagh Fort, one is the tomb of Pari Bibi.

3. Ahsan Manzil: it was official residential palace and seat of Nawab of Dhaka. The building is situated at kumartoli by the bank of Buri Ganga River at Dhaka. Construction was started in 1859 and was completed in 1872. In Mughal era, there was a garden house of Sheikh Enayet Ullah. Here he was built the palace, name rongomohol. He used to enjoy here keeping beautiful girls collected from the country and abroad. The foujder of Dhaka in that time was attracted to one of a beautiful girl. She invited sheik enayet ullah in a party one night and killed him. The girl also committed suicide with anger and sorrow.

4. Shalbon Bihar:  It is in Mainamoti Comilla. At the end of 8th century, king sre vabadeva made the Shal bon bihar in this place. The digging started from 80th decades. Many archeological elements were found here. Most of them are kept at Moina-Moti museum. Before 1200 years ago Bhaba deba built this place on 168 square meters of ground. It was the royal palace for early Buddhist students. This site previously called Shal Ban Rajar Bari.

5. Paharpur Buddha Bihar:  It stands in Paharpur, Nawgan. It is one of the most important archaeological sites in Bangladesh. It was designated as a UNESCO world heritage site in 1985.

6. Shat Gombuj Mosque: In the middle of the 15th century, a Muslim colony was founded in the mangrove forest of Sundarban, near the coast in the Bagerhat by a saint general, name Khan Jahan Ali. He parched in an affluent city during the reign of Sultan Nasiruddin Mahmud Shah. Khan Jahan adorned this city more than a dozen mosques, the ruling of which are focused around the most imposing and large multi domed mosques in Bangladesh. The construction was started in 1442 and was completed in 1459. The mosque was used for prayer, madrasha and assembly hall.

7. Mahasthanghor: It is one of the earliest urban archaeological sites so far discover in Bangladesh. The village Mahasthan is Shibgong thana of Bogra, which was called pundronogor, discovered in 1931. The majher of Shah Sultan Balkhi Mahiswar built at the site of a Hindu temple is located at Mahasthanghor. He was a holy person of royal lineage who came to the Mahasthanghor. He converted the people of the area to Islam and settled there.

8. Korotia Jamindar Bari: It stands at korotia, tangail. The famous zaminder Wajed Ali Panni built that palace by the site of Putia River. There are a lot of old building and pond. Near this palace an old mosque is available.

It is the most popular Zamindar Bari in Tangail called Korotia Zamindar Bari. Bangladesh has lots of historical zamindar bari koritia is one of them and more famous. You can go there by bus from Dhaka Mohakhali Bus Stand.

Take a bus from Mohakhali and let’s start your journey to Zamindar Bari. Best bus service provide are Jhotika, Dholeswari, and Nirala etc. It will take around three hours to reach Korotia. From Korotia bus stoppage can take a rickshaw or auto bike to reach the Korotia Zamindar Place. You can reach there within 10 minutes of spending $1 or less.


There are available lots of hotels for stay. You can book any of them via observing. Here you remember thing, if you want to back dhaka same day it will possible. So, Don’t worry about accommodation. There has a mosque is so beautiful on Zamindar Bari Premises. You can enjoy the journey with taking some amazing picture and knowing it’s past history.

9. Teota Jamidar Palace: This is located at Shivalaya Upazila at manikgang. This place is about 300 years old. This old palace was the home of two brothers named Babu Hemshonkor Roy and Babu Joy Shankar Roy who were the ruler of teota. At the western side there is a large pond and beside the pond, a temple is located name noborotno temple. The palace is situated beside the Jamuna River.

10. Tajhat Palace: This historical palace is located at Tajhat, Rangpur. The palace was built by Moharaja Kumar Gopal Lal Roy in the beginning of 20th century.

These are the best and top historical place in Beautiful Bangladesh. You can travel these place for observing deep thought of them. If you want more about them or have any idea of them then don’t avoid the comment section. Hopefully, all of you are enjoying this post and will visit  Best Historical Places In Bangladesh.